The Book Industry - 7 Challenges from the Past 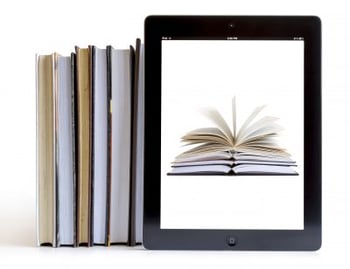 New information and communication technologies present significant challenges for publishers, forcing them to revise their strategies and find new ways of engaging their readers. Christina Banou, assistant professor in publishing and book policy at the Ionian University of Corfu, sees these technologies from a different perspective: in Re-Inventing the Book (2016), she explains how many of today’s issues are not as new as they seem, and reminds us that challenges to old ways of doing things offer great opportunities to innovate and surprise.

Regardless of how the industry has changed over the centuries, common threads can be traced throughout publishing’s long lineage, showing the core expectations readers expect publishers to meet:

Today’s readers want to access information and knowledge easily, and they want to be able to share and communicate this in an accessible, economical way. This is exactly what readers of the first printed books expected: they needed something different from the manuscript, which was quite expensive and not accessible to everyone. The printed book provided wider access to knowledge and the opportunity to share experiences. In 1496’s Peregrination in Terram Sanctam, Bernhard von Breydenbach and his illustrator travelled to holy places together and described their journey in words and pictures, half a millennium before the Web and social media existed, showing the printed word’s vast potential for sharing ideas.

In spite of our lofty idiom about not judging books by their covers, the aesthetic of a book has always been important. The artwork, binding, and typology of the page all play crucial roles in creating and changing consumer habits. In early printed books, the front matter outlined the value and quality of the book. The title page, which didn’t exist in the manuscript book, was initially a blank page meant to protect the first page of text; then, in the 15th century, it started displaying the title of the work and the name of the author. Further verbal and visual elements were added over the next centuries, becoming what we now recognise as the cover. In old books, the frontispiece traditionally featured the portrait of the author or gave information on what the book was about. In the 20th century, it almost disappeared, but its function can still be seen in author photos on the covers and jackets of books.

3. Readers want to engage with authors.

Reader participation and engagement is one of the main challenges publishers face, but, again, this is nothing new. In Renaissance Rome and Venice, Pietro Aretino, who is considered among the first professional writers, introduced a new mass medium, the printed epistle, which proved extremely important in terms of the author–reader relationship and private–public convergence. Through the publication of his correspondence, Aretino received valuable feedback from his readers, who understood the value of their contribution and felt part of the publishing process. According to Christina Banou, Aretino’s letters and strategies, which were based on direct communication, interactivity, dialogue and creation of networks, can be considered as an ancestor of blogs.

The short forms we currently read on our various devices date back to the beginning of typography, when short texts were used to entertain the popular reading audience, and meet educational, religious, cultural and social needs.

In the Victorian age, serialized stories were extremely popular and successful, as they are today. As the reading audience widened during the Industrial Revolution, newspapers and magazines published novels in a series of narrative pieces, each of which often ended in a cliff-hanger, thus encouraging readers to buy the next edition to find out what happens next. This cultivated an engaged readership, both for the individual writer and for the publication. Works by Dickens, T. Hardy, W. Collins and others were first published in this way.

In 17th century Britain, publishers often sold books by “subscription”, which meant that consumers would agree to buy a book in advance after seeing a prospectus. It acted as a market test: If not enough people were interested, the project could be dropped. On the other hand, if the book was published, the subscriber’s name, profession and city of residence were included in the catalogue of the subscribers printed in the edition, offering the subscriber respect, fame, recognition and social status.

7. Readers prefer having a variety of editions to choose from.

Readable, economic, easily accessible and portable books—like today’s ebooks, tablet and mobile phone editions—have been in demand for centuries. The Libelli portatiles, small-sized classical books launched by Aldus Manutius in Renaissance Venice, developed a new publishing, consumer and reading culture: they were more accessible and cheaper than regular-sized books, providing to the reader the opportunity to read in the time, place and way they wanted.

It’s frequently said that the Internet and new technologies are disrupting the publishing industry, but as Christina Banou explains, “the Gutenberg revolution is a continuing, on-going revolution”. Key concepts, such as access, engagement and innovation, are not new, they just translate differently: in each era, there’s a turning point where publishers have had to cope with a series of issues and find alternative ways to move forward. That’s exactly where we are now. In a world of expanding opportunities, publishers should let their past inspire them, and keep on innovating and surprising readers like they have always done.