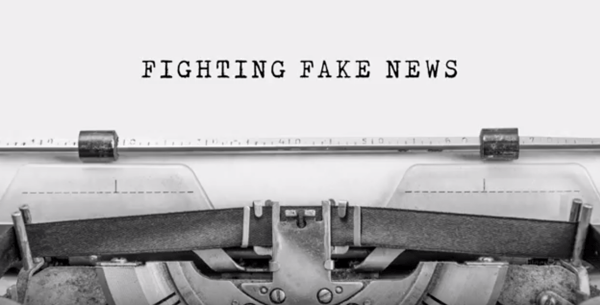 In the current era of rapid technological change, consumers devour content with a voracious appetite. But are they becoming less discriminate about veracity and truth – values on which publishers have traditionally staked their reputations?

While established broadcasters and publishing outlets have had their share of dissenters in the recent and distant past, mainstream media’s monopoly on the truth was never shaken to its foundation. Until now.

With almost half of US adults using Facebook for news, digital platforms are the mass media of today - no publisher comes close in terms of audience size and exposure. However, news feeds are likely to be filled with content from similar-minded people sharing similar-minded views, without room for much objectivity. The extent of Twitter’s fake publisher news problem was the subject of a report from the Knight Foundation. It’s a huge issue for the company, which hosts conspiracy news publishers as well as traditionally trusted publishers on its platform.

Digital literacy has struggled to keep pace with digital change. Many people rush to share fake news without conducting any fact checking. Speed of dissemination is prioritised over fact.

We are now living in a time of alternative facts and fake news, - where consumers engage with information that matches their subjective experience without questioning its source or veracity.

But what does this mean for Digital publishers who have built brands on the strength of consumers trust in them?

In short, it undermines their entire business model.

What’s the price of the truth?

Publishers are being questioned as the main purveyors of truth and are finding it harder to turn a profit in a climate that doesn’t really value their narratives. With this bundled into the mentality that ‘everything should be free’ on the internet, they are struggling to make ends meet.

News outlets have probably been most proactive in their approach to fake news and generating revenue by pushing subscription-based services, but traditional publishers face losing provenance amid a cacophony of voices and narratives. Ultimately they are doing themselves a disservice by failing to capitalise on their brand reputation. 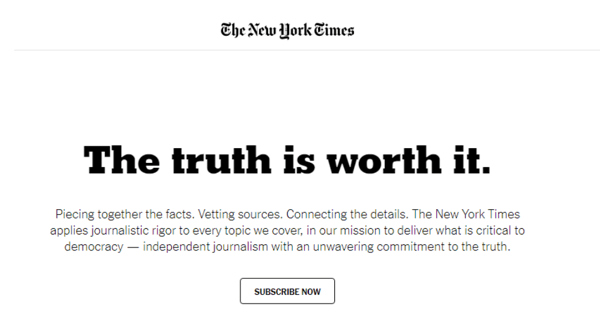 So far, the strategy of creating value through their brand websites and content, and capturing value through the ads served on social media, has been lukewarm at best. However, when fake news emerges, and informed consumers look to a trusted source for verification, can publishers guarantee that their website will become a well-used bookmark?

Digital platforms such as Facebook and YouTube, which deliver content quickly, with as little effort as possible, and at no or low cost, have thrown the publisher’s business model into turmoil. Content consumption is now far removed from value creation.

To compete and survive, Digital publishers must find new sources of value creation, and devote resources to the development of new business models. This is the responsibility of all publishers, not just the content and product innovations of rabble-rousing start-ups and new entrants to the industry.

Misinformation travels much faster than it used to, and it can have serious repercussions. It will take real people to evaluate the accuracy of what consumers read or hear, in order to avoid fake news and stem the flow of false stories taken as fact. “Research shows that fake news spreads faster and quicker than true and factual content,” says Anant Joshi, chief revenue officer at Factmata. “This presents a real problem for brands, because although the percentage of sites containing fake or misleading news may be small, there is a much higher chance of this type of content going viral.”

So what can Digital publishers do?

While disingenuous publishers have made a name for themselves peddling fake news on social media platforms, traditional publishers must position themselves as harbingers of unbiased information in the digital age. Publishers must embrace a strategy that ensures their brand can weather the storm of disinformation. Credibility comes through unwavering devotion to the truth.

Other related articles and videos you may be interested in: