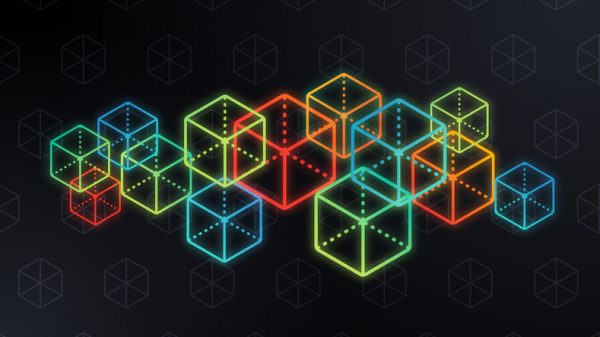 Blockchain is this year’s buzzword. This technology is believed to revolutionise every sector, from banking to healthcare. But what is the blockchain, and what are its possible applications in publishing?

What is blockchain technology?

Blockchain follows the same principle as the Internet: It is a decentralised platform where anyone can publish information and then others can simply access it from anywhere in the world. This technology allows anyone to send value anywhere in the world using a distributed ledger or decentralised database that keeps digital records of who owns what continuously updated. These digital records are called ‘blocks’ and they are created every time someone sends value through the system. Each block has a timestamp, which cannot be changed, and a link to a previous block. Cryptography allows to create a key to access only that block the user has created and ‘owns’. The blockchain architecture gives participants the ability to share a ledger that is updated through peer-to-peer replication every time a transaction occurs. This peer-to-peer replication is a consensus model that validates information and implies that each participant (node) can receive or send transactions to other nodes, and that data is synchronized across the network as it is transferred. This video from the World Economic Forum is a valuable tool to understand how blockchain technology works and get a grasp of its basic concepts.

The concept behind the blockchain was introduced in 2008 by Satoshi Nakamoto, a person of unknown identity who implemented it for the first time in 2009 as part of the digital currency bitcoin. Unlike traditional currencies, bitcoins are not printed like dollars or euros and they don’t have a central monetary authority that monitors, verifies, and approves transactions. The bitcoin validation model is based on a peer-to-peer computer network made up of its users’ machines, a sort of collective bookkeeping solution able to ensure transparency and trust. It’s important to keep in mind that bitcoin is just one of the possible applications of blockchain. The shared ledger used to record bitcoin transactions can be used to track the movement of any asset, whether tangible, intangible or digital, and it’s here that lies its potential beyond the financial industry.

In publishing, blockchain could impact sales, rights management, licensing, contracts and much more. The Alliance of Independent Authors has  launched a campaign to promote some of its applications and highlight the benefits they could bring to both authors and publishers.

Today, content can be republished without reference to its original source, making piracy easy. With blockchain technology, source authentication becomes possible because each user has his own identity, and every block of information created has a link to a previous block and a timestamp that cannot be changed retroactively. By establishing identities and keeping track of what happens to a specific content or publication, blockchain technology can have a strong impact on the publishing industry. Who published the original material, when and where becomes indisputable.

Smart contracts are computer protocols intended to digitally facilitate, verify or enforce the terms of a contract between two or more individuals or entities, without the need for a third party. They are based on a specific set of conditions that need to be met before any transaction occurs. Smart contracts can automate rules, check conditions, monitor compliance and act on behalf of the offended party if any terms are breached. All of this, with increased security, minimal human involvement and reduced costs.

In publishing, smart contracts can be used to represent ownership of an intellectual property and efficiently allocate payments like royalties. They can perform tasks like negotiating prices, monitoring inventories, distribution networks and stores, as well as establishing the royalty cost of a book depending on the specific activities publishers intend to perform. As Tom Cox says on Publishing Perspectives, smart contracts, if sophisticated enough, could allow publishers to have information on new or changed contracts within minutes, and the complex area of royalties could be handled in almost real time. Given the complexity and variation found in many publishing contracts, the advantages of smart contracts seem more obvious where contracts are simple but the process for implementing them is complex.

Smart wallets are electronic wallets that can be used by authors, publishers, booksellers, wholesalers and digital platforms to accept and make small payments or micro-payments related to the price of an ebook, article or even podcast. Automatic transactions can also be set up to credit all the people who have contributed to the publication of a specific ebook, so that every time there’s a sale, translators, co-authors or other professionals get a payment for that.

Since the dawn of the internet, the privacy of its users has been in a consistent and steep decline. Blockchain technology aims at reinstating this right enabling its users to ‘own’ and have access to what they say. Messages and content can be exchanged across the network, disassociating the identities of its users from their behavioural data and therefore ensuring privacy. This means, for instance, that authors can freely forward a book to their readers without using intermediaries like Gmail or iMessage, Facebook or Twitter.

Blockchain technology seems promising. It ensures safety, security, participation and transparency and could have very interesting implications in publishing. However, it’s not fully established yet and many in the industry have posed questions and discussed its limits and drawbacks.

Eefke Smit, Director at the International STM, says that trust within the use of blockchain is an element publishers are investigating – from more reliable and transparent peer review, to better checks of author identities, credentials and profiles, alongside automated checks for plagiarism and data manipulation – but to embrace blockchain technology, more explanations are needed. If the general public loses its trust in central authorities, perhaps even in publishers and published information, how can this trust be replaced by an anonymous, decentralised system that claims to handle matters in a secure and encrypted way?

Laura Dawson on Publishers Weekly says that there are also many unsolved issues in blockchain technology that might impede its widescale adoption, like the required volume in computer power and their devastating impact on the environment, or the power of the legal system and the difficulty to standardise rights contracts.

It’s clear that issues around governance and scalability still need to be resolved before blockchain can see mass adoption and achieve full potential, but it may be worthwhile for publishers to pay attention to this technology and its development.